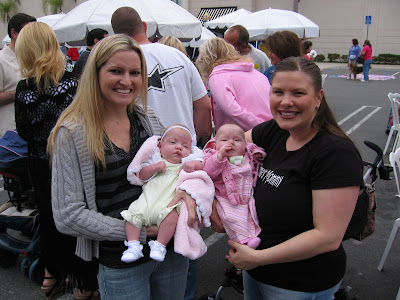 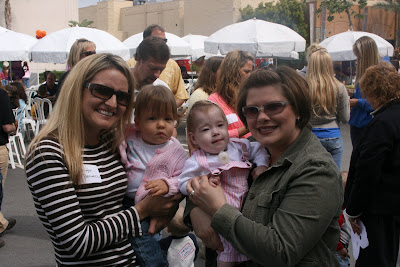 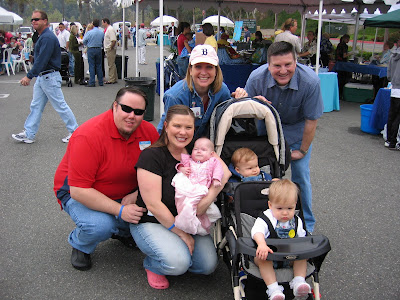 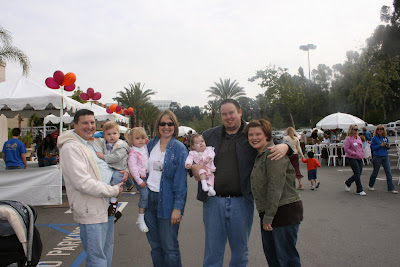 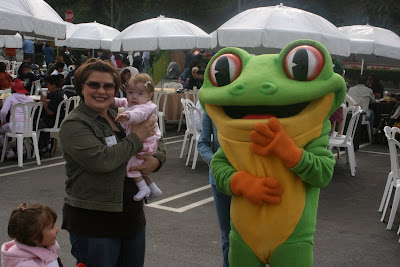 This is about as close to Cha-Cha (from Rain Forest Cafe') as Emma would get. 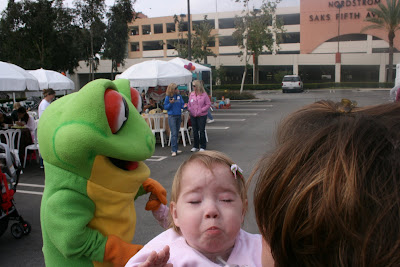 This is after we got too close to Cha-Cha
Hey it's a milestone to be fearful of "live" characters. 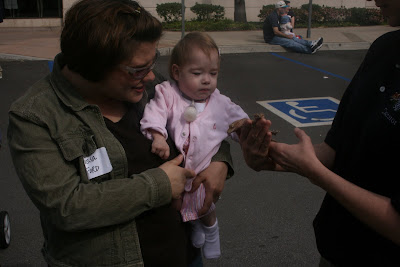 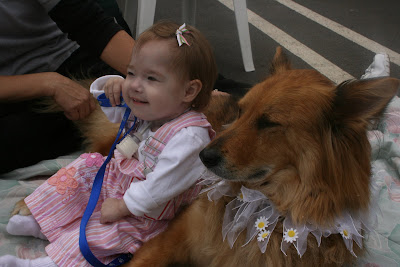 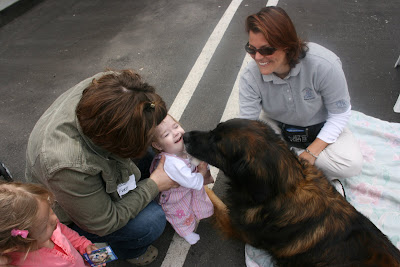 A Time of Appreciation...

Tomorrow we are going to the CHOC at Mission NICU Reunion. It's great opportunity for us to thank and see the NICU medical team that saved Emma, allowng for us to take her home. This reunion is also a great day to connect with other NICU Graduates and their Families. We are excited to be able to share Emma's progress and experience being the proud parents that we are with our CHOC family. Pictures to follow...stay tuned.
Posted by Alissa at 8:42 PM 1 comment:

Christ is Risen!!!
This weekend we celebrated the death and ressurection of our Lord and Savior. What a celebration and wonderful time to be with family. We started out the weekend with brunch on Saturday, at Alissa's parent's house with Emma's Great Grandparents. It was great catching up and just being with them. Then on Sunday, we had the pleasure of taking Emma to church for the first time to actually sit in the service. We had to sit up in the balcony to keep her away from other people, but it was just great to have her there. She was such a joy to watch her experience the worship music and wave at everyone in her vicinity. After church, we all went to Marci & Denny's house for lunch with the family. We spent time eating good food, remembering Jesus through communion, and smelling the lovely flowers in Marci's garden. Here are several pictures of our family filled Easter weekend. 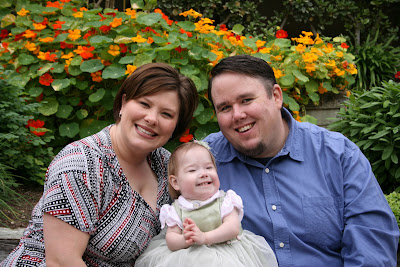 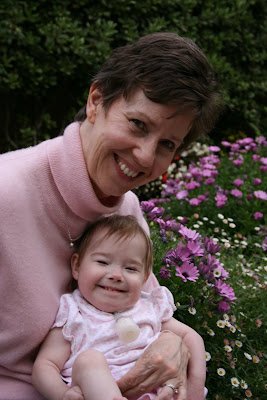 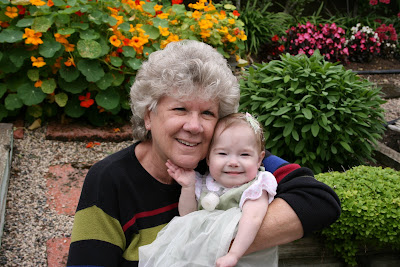 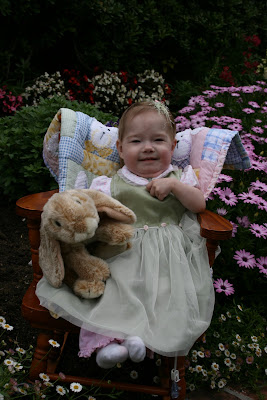 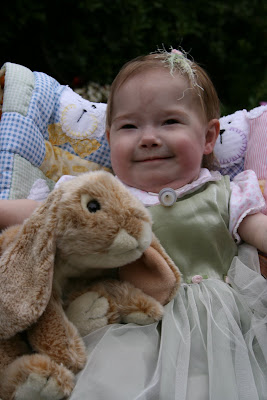 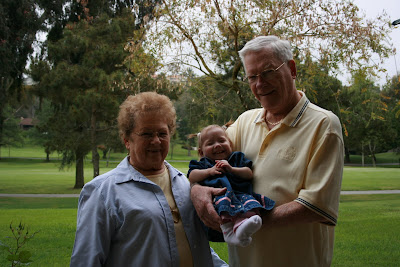 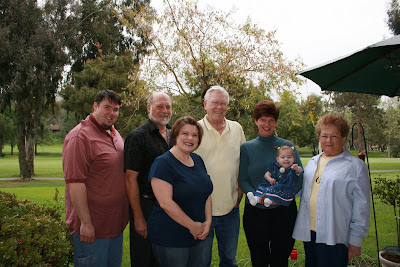